A member of the Lunenburg Board of Supervisors (BOS), Mike Hankins, said the decline in population is not surprising. 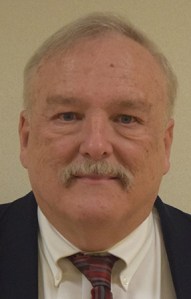 “This was expected,” Hankins said. “What has hurt Lunenburg the most is the loss of the prison population in the census count.”

Hankins said that in 2010, prisoners were counted as part of the county population, whereas in 2020 the prison population was counted according to where they lived when they were arrested.

As a result of the population decline, the county will have difficulty getting federal funds.

“That makes the job of those of us on the BOS that much harder,” Hankins said.  “We have to keep a very close eye on every dollar the county spends.”

Hankins said Lunenburg is lagging behind surrounding counties Nottoway, Prince Edward and Mecklenburg when it comes to funding.

These counties have been fortunate enough to attract industries that create good paying jobs, he said. But some of the people who will be working at those locations will live in Lunenburg.

Hankins said the decrease in the prison population wasn’t the only reason for the decline, but it was certainly a contributing factor.

County Administrator Tracy Gee had not responded to email questions regarding the population decline as of press time Tuesday.