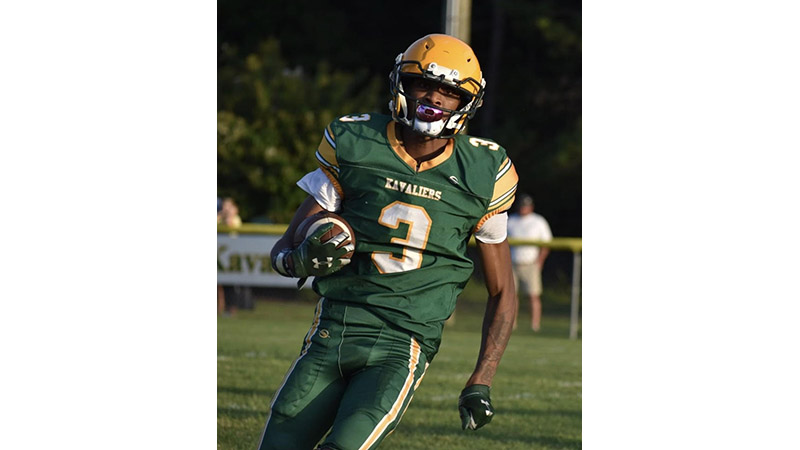 Kendall Thorne finished with seven catches for 128 yards and two touchdowns during the Kavaliers win over Lawrence Academy.

In a 51-14 victory over Lawrence Academy Warriors on Friday, Aug 27, the Kenston Forest Kavaliers won their game.

“This team is not only talented, but they are extremely intelligent and aggressive,” KFS Coach Joe Kaiser said. “I am super proud of them, and we are taking this season one week at a time.”

The Kavaliers scored 51 points and racked up more than 500 yards of total offense before a cheering and enthusiastic crowd.

The Kavalier defense was stifling, having sacked the quarterback more than seven times and forcing six turnovers for the second week in a row.

The defense was bolstered by Senior Steve Dormady with 12 tackles and Junior Daniel Henshaw with 15 tackles and one interception.

The Kavaliers are 2-0 on the season and will host the Randolph Macon Academy Yellow Jackets this Friday, Sept 3, at 5:30 p.m. at Kenston Forest School.