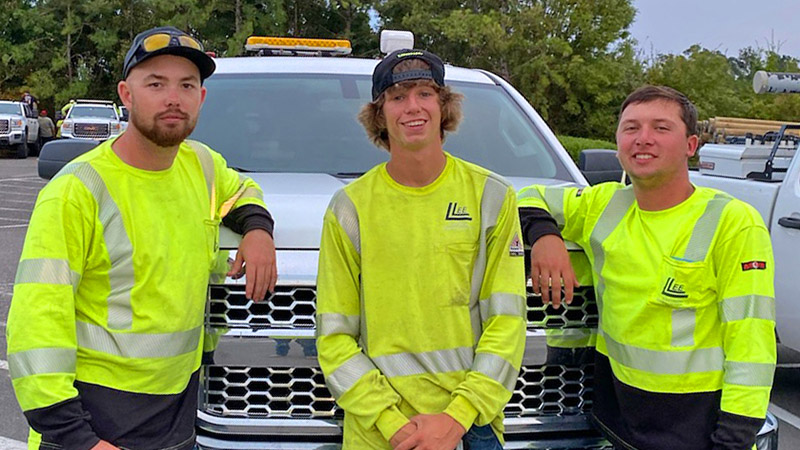 As one of the most powerful hurricanes in recent memory, when Hurricane Ida hit the gulf coast, more than 1 million people in Louisiana were left without electricity. The estimates are that many residents will be without power for more than 20 days.

To help with this massive power restoration effort, Lee Electrical Construction LLC based out of Aberdeen, North Carolina is one of many companies that have been called in to help.

“When you are a lineman, you watch the weather forecasts and keep your bags packed,” Jackson said. “Many families here in Louisiana have already been without power for days and may be without power for weeks. We have to work long hours at times but we know the importance of what we do.”

Jackson added, “We’ve already had people come up to us here in Baton Rouge and thank us personally, that appreciation makes the time and effort we put in each day worthwhile.”

Jackson has been with Lee for two years and said the guys on his crew are like a family. They look out for each other while following safety protocols when restoring power in areas that storms have ravaged. Because of the severe damage, it is estimated that the Lee crew will be working in Louisiana for multiple weeks.

Their crew is planning to leave Baton Rouge and head to New Orleans within the next few days.