I have often stated that the greatest responsibility of government is the safety and security of its citizens. The federal government is responsible for protecting us from attack or invasion by foreign adversaries, as declared in Article 4, Section 4, of the U.S. Constitution.

The Biden Administration is making efforts to facilitate the massive number of illegal aliens crossing our southern border every day — to the tune of 200,000 each and every month. And those are just the ones we happen to catch. It is impossible to reconcile their dereliction of duty with the federal government’s responsibility to protect American citizens. 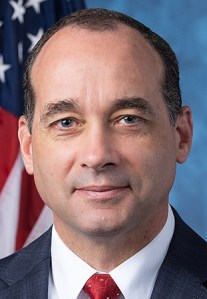 Illegal immigrants from some 160 countries are entering the interior of the U.S. every day, most recently with some 15,000 illegal aliens setting up camp in Del Rio, Texas. They are being processed toward their inevitable, all-expenses paid invitation to stay courtesy of the Biden-Harris Administration. These individuals will further burden our already-taxed social services, education system and health care providers.

In contrast to President Biden, who has apparently never been to the southern border, I have made three trips to the border in my first eight months in office. While there, I have seen firsthand illegal aliens being placed on planes to be flown at taxpayer expense to wherever they desire in the United States, with only a loose promise to appear in court at a date to be set in the future.

The southern border is not our only self-inflicted immigration crisis. It is impossible to have any measure of confidence that the Biden-Harris Administration was ever interested or capable of properly vetting the 120,000 Afghans chaotically evacuated from the Kabul airport.

I recently visited Fort Pickett in Blackstone, where approximately 6,000 Afghans are being held after being evacuated from Kabul and paroled into our country. The U.S. Military, State Department, Homeland Security and ICE staff who hosted the visit failed to provide specific information regarding the makeup of these Afghans. They could not tell me how many met the federally required standard of providing direct support to U.S. operations in Afghanistan.

Of the 30 Afghans I interacted with on base, only 4 of the individuals spoke English. Common sense would dictate that the ability to communicate with American soldiers would be a pre-requisite for serving as interpreters or translators. Based on my observations, I am concerned that we are bringing tens of thousands of Afghans into our country who do not meet the Congressionally required criteria for protected refugees.

While, admittedly, it is difficult to ascertain the motivation behind the Biden Administration’s disastrous actions regarding immigration in general, I believe there are two main priorities for them and their complicit Democrat allies in Congress.

The short-term goal to bring in as many potential Democrat voters as possible, who will vote in support of the party who welcomed their illegal entry, promised them amnesty, refused to require ID or proof of citizenship to vote, and delivered free health care, free education and even income without working. This strategy has seemingly already worked to move several formerly red states toward the blue Democrat column.

I believe the long-term goal is even more sinister, and that is to make America like the rest of the world. I am saddened that all signs point to the reality that Democrats do not believe that America is exceptional, or that our values, culture and republic are worth preserving.

These are globalists, who want to replace what is left of our constitutional republic with democratic socialism. They want to replace Judeo-Christian values, free markets and the rule of law with secularism, over-regulation and lawlessness. Why else would they permit millions to illegally cross our border who do not speak our language, are not vetted, are not asked to demonstrate that they will embrace our values and are not ready to become productive and contributing members of our society.

The solution is simple: 1) Secure the border and complete the wall, 2) Enforce our existing immigration laws, let Customs and Border Patrol and Immigration and Customs Enforcement do their jobs, 3) End catch-and-release and restore the Trump policies that were working, including Migrant Protection Protocols and Title 42, and 4) Institute E-verify and take amnesty off the table for those who come here illegally.

America is worth preserving as a beacon of freedom and the last best hope for the world. There is no “plan B” for another nation to fill the gap in the event America should lose her place of prominence as history’s only benevolent world superpower. Now is the time to fight for our sovereignty, our values and the America we love.

Bob Good serves in the U.S. House of Representatives for Virginia’s 5th Congressional District. Congressman Good is a Member of the House Education and Labor Committee and the House Budget Committee.

His thoughts —The results weren’t that bad

OPINION — Let’s talk about the policy regarding transgender students