Town is seeing a boom in turkey vultures 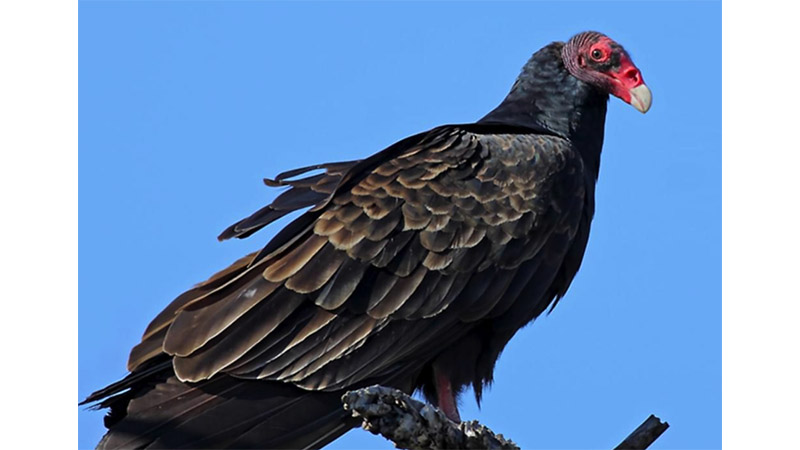 The turkey vulture is one of 26 North American raptors that has made its way to Victoria yearly as part of its fall migration.

You may have seen the familiar sight in the sky recently of turkey vultures and buzzards in Victoria.

Turkey vultures weigh 4-5 pounds; have red skin on their heads and dark body feathers that resemble the feathers of wild turkeys.

According to Town Manager Rodney Newton the annual fall migration of turkey vultures and buzzards through the Town of Victoria has begun.

“We have issues with them each year,” Newton said. “There are several places in town that they seem to inhabit, and the birds have caused physical damage to properties as well as all of their waste.”

“These migratory birds are federally protected species, and it is against federal law to kill them without a federal permit.” Newton said.

According to the National Audubon Society, an organization that works to protect birds, some turkey vultures in the southern United States are year-round residents. Birds in the northeast migrate short distances southward to North Carolina through Louisiana. Western birds migrate much farther, with large numbers (more than a million) moving through Central America and in some cases as far as Venezuela, Colombia and Ecuador.

The turkey vulture is one of 26 North American raptors that are partial migrants.