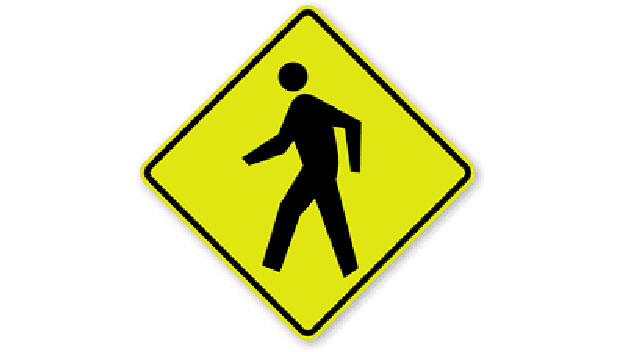 Transportation has installed pedestrian signs on Mecklenburg Avenue (Route 734) following multiple requests for something to be done about large truck traffic and safety issues.

Currently, trash trucks en route to and from the Lunenburg Landfill are advised to take two authorized truck routes. Mecklenburg Avenue is not on either of those routes.

At a July Lunenburg Board of Supervisors meeting, citizen Patricia Harper-Tunley presented a petition to the Board requesting a through truck restriction sign be erected.

“The trucks are moving at a high rate of speed through a fully populated residential area, noise levels increased, and the roads are showing stress areas from the constant travel of the oversized, fully-loaded trucks,” Harper-Tunley said. “The possibility for an accident that would involve loss of life or limbs is an imminent threat to this neighborhood of predominantly African American residents.”

Following Harper-Tunley’s request, the Board asked VDOT to complete a traffic study of Route 734.

According to the recent VDOT traffic study, during a seven-day traffic count between Sept. 7 and Sept. 14, 2,556 vehicles traveled on Mecklenburg Avenue. Of that, only 2% was commercial traffic.

According to a 2019 and 2020 traffic count by VDOT, there was less than 2% significant truck traffic on Mecklenburg Avenue.

Since the summer, Supervisor Edward Pennington has requested something be done citing his concern for the number of children in the area.

“The truck drivers are disregarding the truck route, and we have to take some type of action,” Pennington said. “It is putting a strain on that road and weakening it, and that is a heavily residential area with children. Sooner or later, it is going to be a major issue.”

According to Pennington, the speed at which drivers are traveling through Mecklenburg Avenue has also become a problem.

“It’s a residential area, and they are coming through there at 45 mph, and it is a 25 mph speed limit,” Pennington said.

According to VDOT, there is not enough significant truck traffic on Mecklenburg Avenue to warrant through truck restriction signage.

In addition to installing pedestrian signs, VDOT plans to trim vegetation on Mecklenburg Avenue to help drivers have clearer views of the roadway.