Redistricting could affect some voters 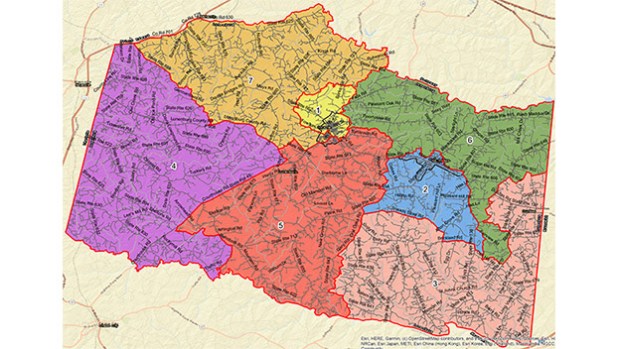 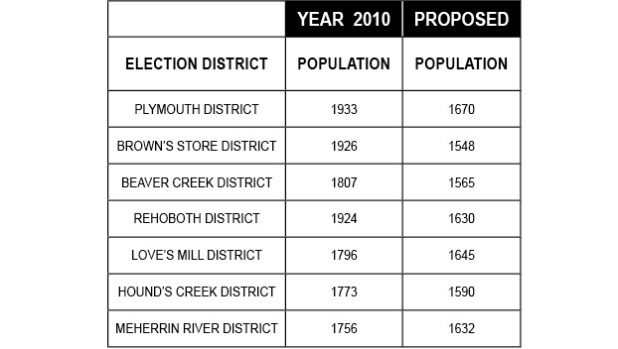 After two months of a committee working on the county’s new redistricting plan, the Lunenburg County Board of Supervisors (BOS) will hold a public hearing on Feb. 10 to hear the public’s comments before approving the plan in March.

The redistricting is required by law and takes place once every 10 years following the United States Census.

Redistricting is done to ensure that citizens have nearly as is practicable representation in proportion to the population of the district.

“When the country takes a census, the count affects everyone from the county to the Statehouse of Delegates and State Senate to the United States Congress,” Supervisor Mike Hankins said.

“This is just one of the reasons why it is so important that everyone gets counted in the census.”

Hankins said about three districts lost citizens according to the 2020 census and four districts that stayed about the same.

During the January BOS meeting, supervisors were given a copy of the proposed redistricting. “The biggest changes were in Supervisor District #2 and #6,” Hankins said. “Both Supervisor Edmonds and I served on the redistricting committee, and these are our districts.”

According to Hankins code says that districts must be within 5% of having the same population. With the old district map, some districts were off by as much as 13%. With the new map, all are 3% or less.

Hankins said all of the School Board members would remain in their districts, and all of the polling places would meet the codes as they are with the new districts.

What redistricting means for voters is some citizens will be voting at different precincts in 2022, electing a different Board of Supervisor than in past elections.

“It is essential that each of us represents close to the same number of people,” Hankins said. “If we did not make these adjustments, we could have two supervisors representing 5,000 people and the other five representing about 100 each. This would not be good, and no one would want to see this.”

Another factor that came into play for Lunenburg during redistricting is that legislation passed in 2020 requires that individuals incarcerated in federal, state, or local prisons whose address at the time of incarceration was located in Virginia be counted at their home address for redistricting purposes.

This means those incarcerated at Lunenburg Correctional Center will not be counted as Lunenburg residents unless their home address is in Lunenburg, thus reducing the county’s population numbers.