His thoughts — Otto’s wrap up 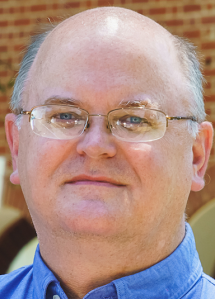 We are in overtime at the General Assembly as we still need to approve the biennium budget. As you recall, the House of Delegates passed a budget that will make record investments in education, including leveraging $2 billion in new school construction funding — all without raising taxes, and providing tax relief. In addition, this budget contains more than $5 billion in tax relief to make life easier for those struggling with skyrocketing gas and food prices. Unfortunately, the Senate refuses to even entertain the idea. As such, the House and Senate have hit a “brick wall” and it will take a little while longer to approve a final version of the budget because the House, controlled by Republicans, and the Senate, controlled by Democrats, do not agree with the final version of the budget.

On Monday, April 4, the Virginia General Assembly met to start the Special Session called by Governor Glenn Youngkin to approve the budget. We only met for one day so that the General Assembly could approve what is known as the Procedural Resolution, how the General Assembly will conduct our business and what legislation that we can consider. I do believe that we will have a final version of the budget, but it will take time.

Outside of my time in Richmond, I have been going all over the district, including the new areas of the district due to Redistricting. Some of the places and events that I attended include the Southampton County School Board meeting, Emporia-Greensville YMCA Seafood Festival, recognizing the Davis Family for their work at the Davis Travel Center, Greensville Volunteer Fire Department Officer Installation Banquet, the Jessica Ann Moore Foundation Community Day in Waverly, the Men’s Health Breakfast in Lawrenceville, the Lunenburg County Republican Committee, Emporia-Greensville County Republican Committee, the Sussex Board of Supervisors, and a citizen’s organization in Carrollton.

Tommy Wright : Time to get back to work

Frank Ruff Jr.: How can our region lead in skills training?