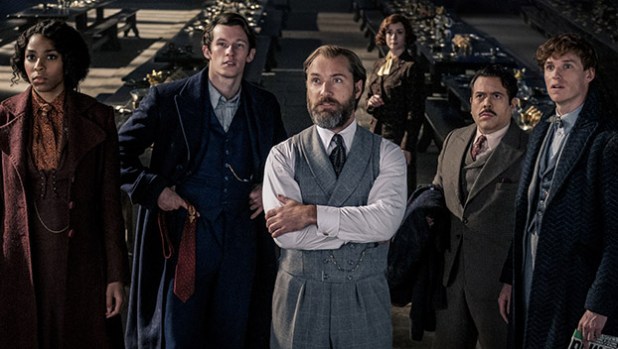 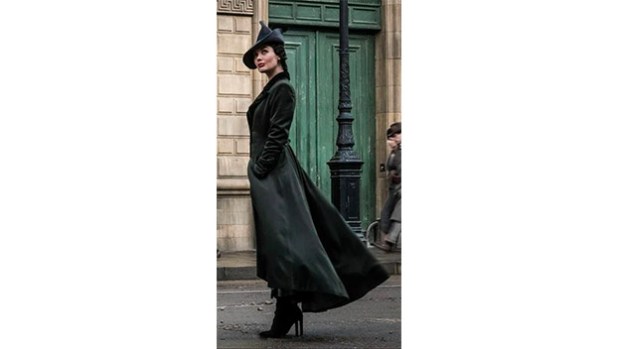 THE SECRETS OF DUMBLEDORE, the next edition in the FANTASTIC BEASTS series, is finally being released this weekend following another round of controversy during the film’s production. The FANTASTIC BEASTS series is the most “cursed” film in Hollywood these days, with lead roles being recast due to cast member controversies, and now actor Ezra Miller facing legal problems days before the film’s release.

It would upset me that this prequel, set in my beloved HARRY POTTER universe, was inviting such insane behind-the-scenes drama… if I cared about it more. But to be honest, I did not enjoy the preceding two films and although THE SECRETS OF DUMBLEDORE is my favorite film in the FANTASTIC BEASTS series, that isn’t saying much. It vacillates between being the most absorbing, gritty film in the franchise to overstaying its welcome with an almost 2.5 hour runtime.

Picking up where we left off in THE CRIMES OF GRINDELWALD, Albus Dumbledore (Jude Law) is worried that his old lover and classmate Gellert Grindelwald (now played by Mads Mikkelson) is going to take over the wizarding world and start a war with the muggles (or humans). Grindelwald believes witches and wizards are the superior beings and should get rid of muggles once and for all. Unfortunately, Dumbledore is unable to make a move against Grindelwald because as young men, they cast a powerful spell that prevents the two men from physically hurting the other.

So, Dumbledore enlists old pal Magizoologist Newt Scamander (Eddie Redmayne) and his team — including Jacob Kowalski (Dan Fogler), Theseus Scamander (Callum Turner) and Lally Hicks (Jessica Williams) — to try to stop Grindelwald from taking power. Because Grindelwald can see the future, the team’s actions have to be as unpredictable as possible to throw him off the scent. But will they be able to stop his ascendence to power before time runs out?

The biggest hurdle that prevents FANTASTIC BEASTS from being a great franchise is that Newt is not an interesting enough character to lead a movie, period. This is no dig at Redmayne, but more a criticism of the character itself. Of course, there is always that one scene in each film where Newt does a little dance to bewitch a magical creature, and we all laugh, but Newt’s “magic” (and charisma) begins and ends there. Jude Law, on the other hand, is phenomenal as Dumbledore. I think this whole franchise should have revolved around his character because Law’s performance and character arc is the backbone of this story.

I try to avoid films that I think will have upsetting animal deaths, so imagine my surprise when THE SECRETS OF DUMBLEDORE has one of the most graphic and upsetting animal deaths I have seen on-screen in a long time. Granted it is CGI, but that doesn’t make it any less horrifying and me any less sensitive. Let this be a warning to people who hate these scenes as much as I do and parents that may be taking their kids to see this film in theaters. To say it is overkill is an…uh… understatement, so prepare yourselves. These scenes are sadly going to be what sticks with me most from this film.

I would be lying if I didn’t admit to enjoying some of the wand duels. These action scenes were the best parts of the movie. But it’s never a good sign when I am rooting for the baddies. Because if I am being honest, they are the more interesting characters in the series… and the best dressed. I guess that is the inner Slytherin in me.

This movie works best for HARRY POTTER fans like myself who understand the universe and notice the little Easter Eggs that refer back to the original series. But this is also the film’s (and franchise’s) greatest downfall because in no way are the FANTASTIC BEASTS films in the same league as its predecessor; and it is always doomed to be held in comparison. The magic just isn’t there — the characters aren’t as interesting, nor are the storylines. And seriously, if someone like me, a die-hard HARRY POTTER fan, cannot get into these films, I do not know-how it is going to resonate with those less enthused… especially children who are going to be bored by the political undertones that are featured so prominently.

Warner Bros. is reportedly waiting to see how SECRETS OF DUMBLEDORE performs at the box office to determine whether to green light the next film. I hope they decide to just move on from all of this. Or at the very least, pick a new series of stories to tell that brings the magic and fun back to the HARRY POTTER universe. I, for one, would love to see a whole series on Bellatrix Lestrange.