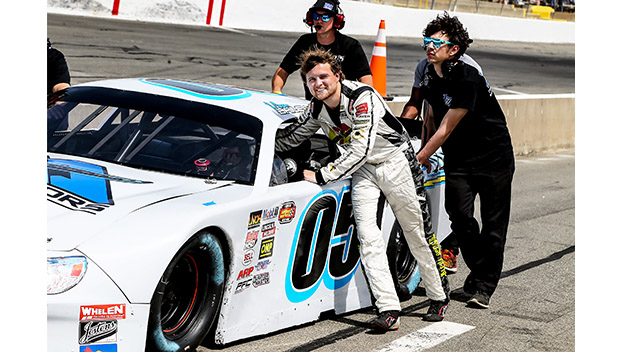 “I was real nervous coming out here,” Bailey remarked.

“I have a ton of confidence in my crew chief Tyler Hughes. I was feeling really good, but I was real nervous it would take me a minute to adapt to the racetrack. Surprisingly, it didn’t take long at all.”

Bailey fared well right out of the box, earning a ninth-place finish and a third-place finish in South Boston Speedway’s season-opening twinbill.

“To come out on opening day and get a third-place finish to Layne Riggs and Mike Looney was big,” Bailey said.

“These are guys I watch on the internet, guys that run the CARS Tour, win Martinsville, and all of those things. The next thing you know I’m on their bumper following them around. It was like wow, this is pretty sweet. Watching those guys out here race, I saw just how tough it was. I never expected it.”

The 2022 season marks Bailey’s sixth season racing Late Model Stock Cars. The Richmond, resident raced regularly at the former Southside Speedway in Richmond, before it was closed and scored several wins there. This season is Bailey’s third season racing at Dominion Raceway where he scored two wins and finished second to track champion Peyton Sellers in the final point standings last season.

Bailey has been making progress every week and feels he is getting closer to being able to pick up a win.

“Tyler (Hughes) is a heck of a crew chief, and he gives me really fast racecars,” Bailey pointed out.

“I think we’re really close. We’ve picked up every week. We’re almost matching times with Sellers and these guys on old tires. I think our pure speed might be a little bit behind them, but our race pace has been there.”

Bailey said it has been a good experience racing at South Boston Speedway.

“It’s really cool because there is a whole new demographic of fans out here and I’ve gotten to begin meeting them, getting messages online and seeing them at the track. It’s really humbling and really neat because not too long ago I was one of those people.”

Saturday’s event schedule has registration and pit gates opening at 2 p.m. Practice starts at 4 p.m., grandstand gates will open at 5:30 p.m., qualifying begins at 6 p.m. and the first race of the night will get the green flag at 7 p.m.

Advance adult general admission tickets for the event are priced at $10 each plus a $1.50 processing fee and may be purchased online on South Boston Speedway’s website, www.southbostonspeedway.com, through Friday, May 13. Advance tickets may also be purchased by calling the speedway office at (434) 572-4947 or toll free at 1-877-440-1540 during regular business hours.

The latest news and updates from South Boston Speedway are available on the speedway’s website, southbostonspeedway.com, and through the track’s social media channels. Information may also be obtained by phoning the speedway at (434) 572-4947 or toll free at 1-877-440-1540 during regular business hours. 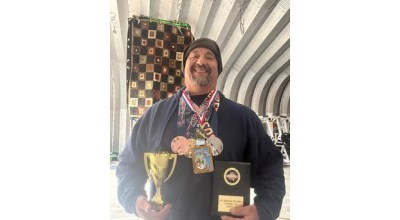