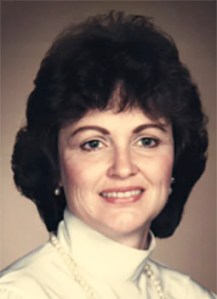 Elizabeth Penn Blackburn Callis, 80, passed away on June 17. The great granddaughter of William Franklin Kennedy, one of the founding fathers of Kenbridge, Penny was born on March 22, 1942. The eldest of six siblings, Penny grew up in Kenbridge, attended Kenbridge High School, and graduated from Longwood College in 1963. After a brief career as an elementary school teacher, Penny dedicated her life to maintaining a warm and comfortable home for her husband of 54 years, the late William Jerry Callis, and their daughter. Through the years, her many domestic specialties included gardening, preserving vegetables from the garden, cooking, sewing, knitting, quilting, and cross-stitching.

A lifelong member of Kenbridge United Methodist Church, Penny was active in the Priscilla Circle and served as Sunday school teacher, vacation bible school director, and president of the United Methodist Women. She was an active member of Lunenburg Country Club and served as club rental chairperson for many years. She volunteered in numerous capacities and assisted with fundraising at Kenston Forest School for over 30 years. She enjoyed spending time with her large extended family and hosting annual multigenerational family beach vacations. In her later years, her happiest times were those spent in the company of her two grandchildren, whom she adored and of whom she was immensely proud.

She is survived by her daughter, Kristin Elizabeth Callis Hodges; son-in-law, Emory Melvin Hodges; granddaughter, Mary Elizabeth Hodges and grandson, Samuel Emory Hodges. Also surviving are her sister, Mary Jane Buchanan and her husband, Miller; her brother, Joseph William “Jody” Blackburn and his wife, Karen; her brother, David Kennedy “Ken” Blackburn and his wife, Beverly; her sister, Leslie Blackburn Osborne and her husband, Randy; a sister-in-law, Laura Still, and many nieces and nephews.

Due to the COVID-19 pandemic, graveside services were private.