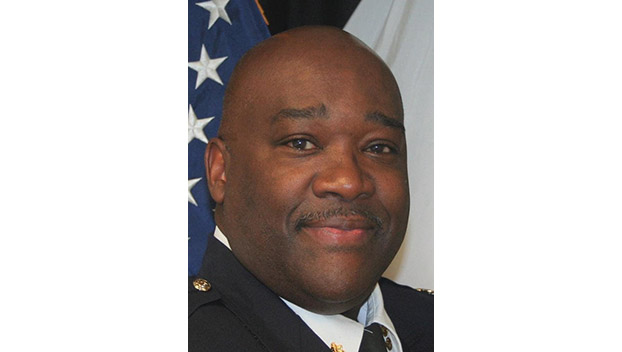 Freddie O. Crowder, a native of Kenbridge, was promoted March 9 to the rank of major with the Metropolitan Washington Airports Authority Police Department.

Crowder, the son of Roosevelt and Easter Crowder, has been employed at the airport authority in Washington since July 15, 2002. He graduated from Central High School in Victoria, in 1987 and currently resides in Stafford.

His 20 years of service include serving as a field training officer, field training supervisor, team leader for the airports authority’s Special Response Team, and the internal affairs commander.

Crowder also is a recent graduate of the Senior Management Institute for Police (SMIP), a program sponsored by the Police Executive Research Forum. He has attended Virginia Polytechnic Institute’s Institute for Leadership for Changing Times and the University of Richmond’s Professional Executive Leadership School.

Crowder is the founder and pastor of the Place of a Second Chance Outreach Ministry (TPSC) in Stafford. He also serves as the vice president for the National Organization of Black Law Enforcement Executives Northern Virginia Chapter (NOBLE- NOVA). Additionally, he is an active board member for Help for the Nations Church International, where the focus is combating human trafficking.

Crowder attributes his success to his praying parents and his most influential teachers: Linda Walker, Eddie Jeter, and Grayson Bagley. He concludes that their belief in him gave him the strength and confidence to become what he is today.