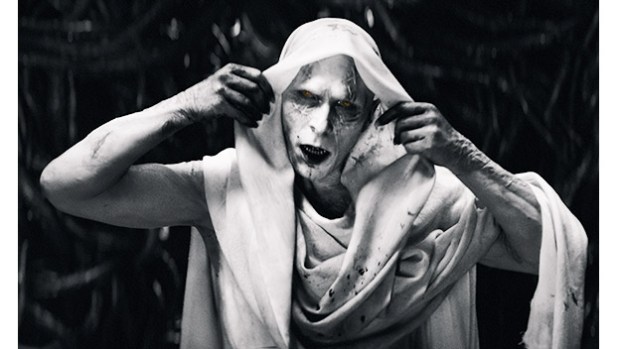 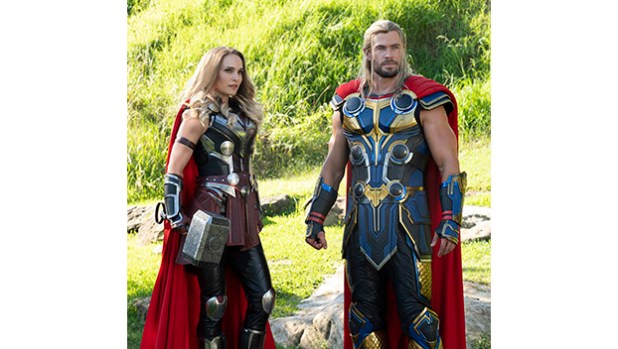 As soon as the Marvel Cinematic Universe (MCU) credits begin, giving the typical MCU “Thor: Love and Thunder” is going to be different than its predecessors. Fun, hilarious, and silly, Taika Waititi once again makes a super entertaining Marvel film to follow my favorite of the franchise, “Thor: Ragnarok.” Although the film is pretty self-contained and doesn’t seem to move the MCU or Thor’s character arc along much further, it’s a playful summer blockbuster that has a fantastic soundtrack and a particularly strong, creepy performance from Christian Bale.

Love and Thunder begins with Thor (Chris Hemsworth) parting ways from the Guardians of the Galaxy after receiving a distressing call from his old pal Lady Sif (Jaimie Alexander). He learns that Gorr (Bale), a man disillusioned with gods after the death of his daughter and civilization, is using the Necrosword to kill gods across the universe. When Gorr attacks New Asgard, Thor rushes back to help Valkyrie (Tessa Thompson) and the Asgardian people. However, he is shocked to see another female Thor (Mighty Thor) fighting the good fight and quickly realizes this version is actually his ex-girlfriend Jane Foster (Natalie Portman). She has his powers and is able to wield his powerful hammer Mjolnir, which had been shattered after the battle with Hela (Cate Blanchett) in Ragnarok but is now back in working action. But even with three super heroes, Gorr isn’t going to be an easy fight… especially with Jane having a serious secret of her own.

Waititi gives us some seriously cool moments in Love and Thunder. I especially love when the film transitions from vibrant color to black and white, when Thor and co travel to Gorr’s stronghold, the Shadow Realm. What a cool idea. However, there are also some weird moments. For example, I’m not really sure why they felt the need to include the Guardians of the Galaxy for 5 minutes at the beginning of the film; it seemed like a waste of time. Additionally, it seemed Waititi didn’t know what to do with Tessa Thompson, who I think is the coolest character in the movie, and is unfortunately sidelined in the film’s final act.

Waititi repeats many of the jokes that worked in Ragnarok, and I know he is going to get heat for that, but hey, if it works it works. I still found myself cracking up… especially Korg’s recaps of Thor’s journey so far and A-list celebrities acting out a play of the events of Ragnarok; one new cameo especially made me die laughing. But perhaps the best enduring bit in the movie, which you may not see coming, is a jealous rivalry for Thor’s attention. And no, it doesn’t involve Jane Foster. No spoilers here.

Christian Bale is fantastic as one of the scariest (to look at) Marvel villains yet. Granted, nothing can compare to Cate Blanchett’s phenomenal turn as Hela in RAGNAROK, but Bale was still excellent in the role. I love that just when you think you know the kind of role he is going to do next, he pivots and shows he has more diverse characters up his sleeve and is perfectly willing to leave his “prestige actor” mantle behind to chew the scenery of a Marvel film. The main problem I have with Gorr is I never really cared if his ultimate goal was realized. Of course, I don’t want Thor to die, but it’s hard to care that he is out to destroy the universe’s gods when the movie never really earns its stakes and makes me care if it happens… or maybe I’m just heartless.

The humor and entertainment that exists in Ragnarok is still rockin’ through Love and Thunder. It should be no surprise to hear that you need to stay in your seats until the bitter end of the film. There are two credit scenes, one mid-credit scene that will set up an upcoming villain and one at the very end that further wraps up the Love and Thunder story and may feature the return of another A-list veteran of the franchise.