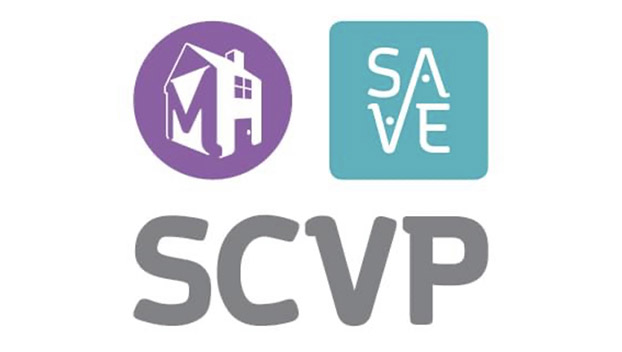 FARMVILLE – After 10 years of support, the Virginia Department of Criminal Justice Services (DCJS) stopped funding some regional domestic and sexual violence programs this summer. Agency officials said they had concerns with some actions taken by employees of the Southside Center for Violence Prevention (SCVP).

DCJS is the state administering agency for federal grants for victims. The group monitors the activities of subgrantees to ensure that awards are used for authorized purposes and in compliance with federal statutes, regulations and the terms and conditions of the awards.

According to its website, SCVP is the agency of Madeline’s House and Sexual Assault Victim Empowerment (SAVE) and is a non-profit organization that provides services to victims of domestic and sexual assault. The organization primarily serves the seven localities of Amelia, Buckingham, Cumberland, Lunenburg, Mecklenburg, Nottoway and Prince Edward Counties and provides emergency services to Brunswick, Charlotte, Dinwiddie, Halifax and Powhatan counties.

The Victims Services Grant award had been a major part of SCVP’s funding since 2012, helping pay for projects in this region.

What Caused The Change?

DCJS originally sent a letter on March 29, warning that funding could be suspended. According to the letter, this was in light of a March 8 incident. A SCVP staffer accompanied a sexual assault victim for a forensic medical exam, the letter said. The staffer digitally recorded the exam at Centra Health in Lynchburg reportedly without the knowledge or consent of the victim.

April Rasmussen, director of forensic services at Centra, followed that up with her own letter to DCJS on March 24, noting other incidents throughout the years raised her concern. After the March 2022 incident, Rasmussen saw the need to speak up.

“I am very disheartened with this behavior and it has continued to cause the forensic program to have little trust with SCVP,” Rasmussen said in the letter. “I have attempted to call SCVP and left a message to discuss my concerns but have not had a return phone call. As I have stated, over the years I have had some pretty valid concerns but have not come forward. With this new situation that just occurred, I do not feel I can continue to stay quiet.”

According to Rasmussen, she was informed that the advocate also nodded their head yes or no to the questions they wanted the patient to answer. Even though a nurse approached the advocate to delete the recording, there was concern that the recording could still be on iCloud since it was recorded on an iPhone.

SCVP responded to the letter after DCJS sent it to them on March 25. The group conducted an investigation of the matter and reported its findings to DCJS. In SCVP’s response, the group says one advocate admitted to recording the conversation as she thought it would be helpful for later notes. She has confirmed it is deleted and not on any backup copy. Both said that neither remembers being trained on recording devices or sexual assault nurse examiner (SANE) examinations, which raised a concern for DCJS.

Both advocates denied nodding their heads to tell the victim which questions to answer.

That was one of several situations DCJS raised concerns about. The agency also pointed to a Nov. 2021 site visit, where officials found inconsistencies in financial management practices and internal control weaknesses at the nonprofit. They accused SCVP of submitting multiple requests for unjustified costs and projects, low service numbers based on the service area that covers seven counties and frequent and ongoing turnover in grant-funded staff and Board of Directors members.

To help SCVP address these issues, DCJS sent a corrective action plan. This plan highlighted many issues that SCVP was facing, including the concern about adequate staff training, which was the cause of the March 8 incident. The plan set goals to help SCVP work on creating consistent financial management practices, acquire adequate staffing levels and have all hired staff and approved volunteers trained.

According to Amia Barrows, Victims Services grant monitor supervisor, she and the team of grant monitors had spent many hours over the last few years providing intensive monitoring and technical assistance with SCVP to meet grant compliance requirements. Two of the most concerning issues were the low numbers of victims served for such a large area and the high staff turnover. Barrows noted that the organization went from eight staff members to only one, raising the question of how efficiently they could respond to victims in the seven localities.

SCVP received a letter notifying them of the suspension on March 29. On April 1, SCVP submitted its response to the corrective action plan to DCJS outlining the goals it met and planned to meet in the upcoming fiscal year 2022-2023.

On June 21, SCVP received a letter that the Criminal Justice Service Board voted on June 16 to terminate the Victims Services Grant effective immediately.

“It is disheartening to know all of the progress we have made and good work we have done as an agency over the past few years, through the challenge of a pandemic, was not considered,” said Dr. Michele Laaksonen, LCP, executive director at SCVP.

“We are devastated at the funding loss,” said Hattie Farrar, SCVP board president. “We still have to continue advocating for victims. Domestic violence did not stop in our community because this funding stopped.”