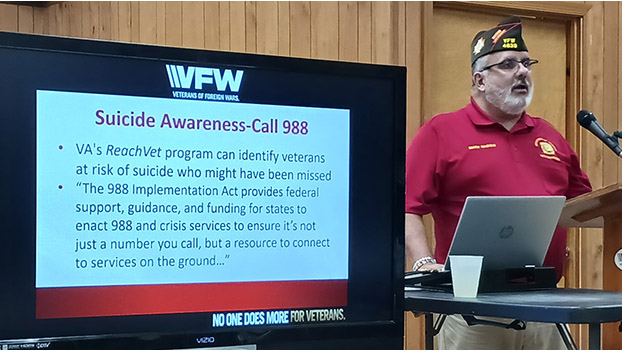 An average of 22 veterans daily commit suicide. Fourth District VFW officers heard that statistic in Victoria on Saturday, Aug. 13 as VFW Department of Virginia Surgeon Mark Maggio gave a presentation to the group.

With this being the case, Maggio pointed out the need to let people know about the 988 Suicide and Crisis Hotline. The hotline is manned 24/7 with trained counselors available to help veterans or others experiencing suicidal thoughts. Like 911, all that is required is that a person in need of services to dial 988.