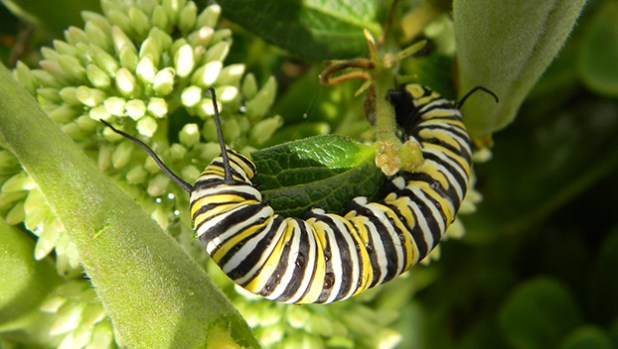 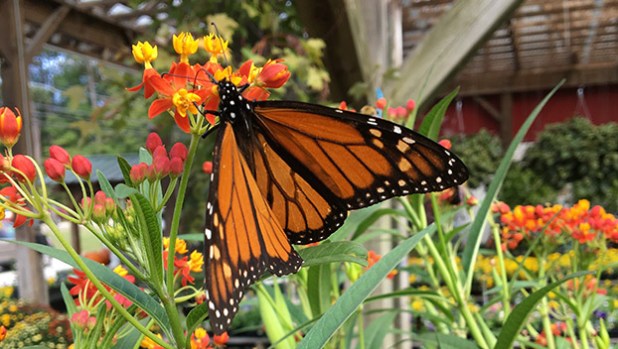 It pains me to share that on July 21, one of my worst fears has come true, the Beautiful Monarch butterfly was officially declared endangered by a global leading authority on the status of biological diversity, the International Union for the Conservation of Nature (IUCN.) This means that in the not so far off future there is a real possibility of this species of butterfly going extinct. Due mostly to habitat destruction and climate change.

Monarch butterflies migrate thousands of miles annually across the continent for the winter to either the California coast or Central Mexico’s fir tree forests. Increasing dramatic weather events such as hurricanes and draughts are happening more frequently along the butterflies southern United States migration routes. The use of agricultural pesticides & herbicides has also contributed to their decline in numbers. Monarch butterflies will not survive without Milkweed. They lay their larvae on it, and it is the only food source their caterpillars will eat. Most of this nation’s milkweed has been lost from its native landscape, due to changing land management practices.

It has been reported that the western population (west of the Rockies) of Monarchs has plummeted 99.9% in recent decades. The numbers are dramatic to say the least, as per IUCN they have fallen from 10 million in the 1980’s to just 1,914 in 2021. The eastern population has dropped 84% between 1996-2014.

Monarch butterflies typically travel 50-100 miles a day and can take up to two months to complete their annual journey. They do not travel in flocks like birds, they migrate alone. They often descend from the sky in the afternoon to feed and find an appropriate roosting site for the night. During the night they roost in trees or shrubs in a state of torpor. While feeding and roosting is when you will most often see a group of them together. A group of butterflies is called a Kaleidoscope.

If you want to help save the endangered Monarch butterfly, I suggest planting at least two different milkweed species (the more plants the better) along with other nectar rich native plants. Plant flowers that have flat tops and plants that bloom with clusters and short flower tubes. Monarchs are drawn to the color’s orange, red, yellow, pink, and purple. And of course, cease the use of chemical pesticides.

Dawn Conrad is a Virginia Cooperative Extension Master Gardener, Herbal enthusiast, Writer and Fiber Artist. She can be contacted at dawn@mygardenmuse.com.