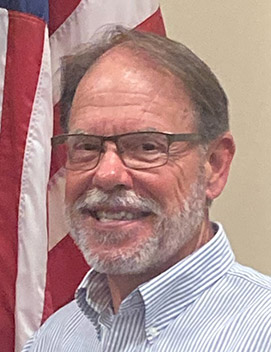 KENBRIDGE – When voters in the town of Kenbridge head to the polls this November, they will not see Mayor Ken Blackburn’s name on the ballot.

Blackburn is hanging up his Mayor hat and duties at the end of December.

“I’m retiring at the end of December, which means work and the Town of Kenbridge,” Blackburn said. “I’m beginning a new chapter in my life that will allow more time for my family and hobbies.

Blackburn said he is looking forward to enjoying retirement as a private citizen with his wife.

Blackburn has served as Mayor for one term, being elected in 2020. Before that, he served as Vice Mayor from 2014 to 2020. Blackburn began his public office on the town council in 2010

While there were many things accomplished during Blackburn’s tenure, he noted that it was a team effort.

“The entire council, town manager, treasure, and all the town’s employees made great contributions to the town’s success,” Blackburn said. “I feel very fortunate that I was chosen to lead this group of caring and capable people.”

After serving close to two years as vice mayor, Wanda Morrison is seeking to take the lead as mayor.

Morrison is running unopposed in the November election.

“I want to continue the vision that previous Mayors and community leaders had and still have for the Town of Kenbridge,” Morrison said. “My goal is to continue advancing community cohesiveness and promoting civic awareness in our town.”

Jobs is another focus Morrison said she would like to see for the town. “I would love to see more jobs and businesses in Kenbridge as it was when I was growing up here.”

It takes a village

However, it takes more than the mayor to accomplish these goals and create growth in any town, said Morrison. “I am sure you have heard, “It takes a village to raise a child.” The same is true when creating growth and a place where people want to work and live. It takes every person in the town and community working together to create a robust town so we can continue moving forward.”