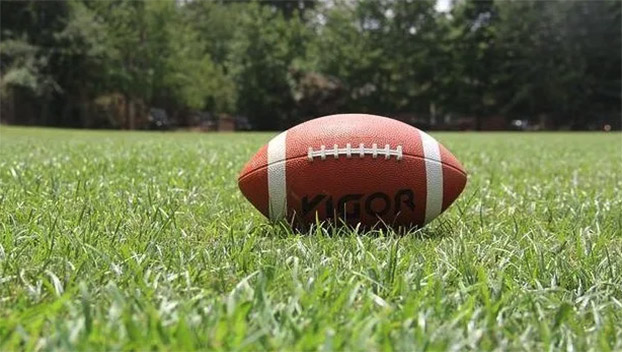 VICTORIA – As we head toward the final weeks of the regular season, some teams in the James River District are building momentum for the playoffs, while others are struggling. The Central Lunenburg Chargers are in that first category. For the eighth straight game, the team won by double figures. This past week’s 47-6 win over Prince Edward County also marked the team’s sixth running clock victory of the season.

Chargers Coach Will Thomas had his concerns going in, given that it was Homecoming week, plus the Eagles came in at 4-2 overall with their sights set on achieving a signature win. Prince Edward fed those concerns early on, opening the game by recovering an onside kick.

“We started off poorly, but our defense played phenomenal. This was probably one of the better, more physical Prince Edward teams we’ve played in a while,” Thomas said. “Coach (Larry) White does a good job with those guys. They’ve got good backs, a lot of speed, so we were worried about their running game. We were off Monday because of Columbus Day and I’m a very routine oriented person, but we’ll take it and we played well.”

On the evening, Central Lunenburg totaled 500 yards with 477 on the ground. Bam Jones ran for 130 yards and a pair of touchdowns on 13 carries, continuing his stellar season as a prime Player of the Year candidate on both sides of the ball.

“He’s just as valuable on defense and is so tough,” Thomas noted.

Fellow senior Kemarion ‘K.J.’ Watson ran for 106 yards and a couple of scores. Sophomore Amarion Moore rushed for 123 yards on 11 attempts. Even junior fullback Thomias Morrison nearly hit 100 yards rushing, gaining 92 on his two touches, both of which resulted in scores.

Central Lunenburg gets to enjoy its bye week before returning to action on Friday, Oct. 27 at home against Buckingham.

William and Lockett star for Buckingham

Meanwhile, as that game against the Chargers looms, the Knights continue to handle their business. Since their 37-24 season-opening loss to Appomattox, Buckingham has been on a hot streak, winning six in a row.

For the fifth straight week, the Knights held the opposition to single-digit points, pitching a 49-0 shutout of Nottoway. It marked the first time that the Buckingham Knights shut out Nottoway on the gridiron.

Two major reasons why Buckingham sits at 6-1 overall and among the premier teams in the James River District are seniors Kenneth ‘K.J.’ Williams and Kymeir Lockett.

Williams carried the ball 14 times for 171 yards and a touchdown in the win over Nottoway, upping his season totals to 1077 yards and 10 TD’s on 13.1 yards per carry. Lockett turned three of his nine rushes into touchdowns, amassing 149 yards. For the season, he has 745 yards and 12 TD’s, averaging 13.8 yards per rush.

While Buckingham rushed for 470 yards and six touchdowns, the Cougars were held to only 116 total yards on the night.

Even though Kenston Forest sits at just 3-5 overall and fell to Broadwater Academy 42-20 in its most recent high school football contest, the Kavaliers have a trio of underclassmen stepping to the forefront this season. Two sophomores in Zain Queen and Nathan Daniel have been significant contributors on a regular basis and likewise for freshman quarterback Devin Dunn.

Queen rushed for 91 yards on 21 carries vs. Broadwater, giving him 789 yards on the season.

Defensively from his linebacker spot, Daniel is one of the team’s top tacklers with 47 total stops, 25 coming in the last two games.

As for Dunn at QB, he’s continuing to make strides, completing 60% of his passes for 206 yards and a pair of touchdowns – to juniors Ben Hite and Dayton Williams – in the Kavs last game. For the season, Dunn has thrown for 320 yards and five touchdowns to go with 124 yards rushing and a score.