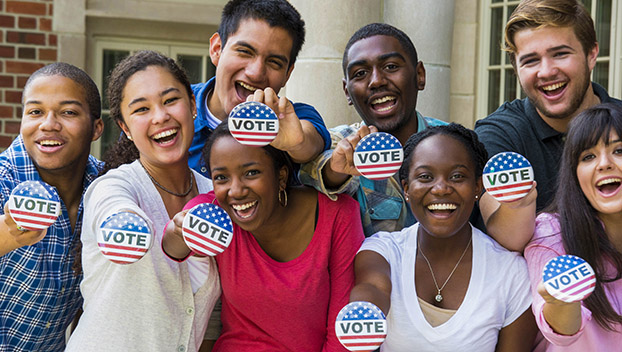 Those under 25 are registering to vote at an all-time high, with women expected to outnumber their male counterparts at the polls next month.

With election day just around the corner, analysis says the rate of women registering to vote this year is at an all-time high, and it is likely mainly due to the overturning of Roe v. Wade in June.

According to Stacker, a data analysis company, the gender gap between men and women registering to vote across several states ranged from 5% to 40% and was most pronounced in states where reproductive rights were most on the line. Meanwhile, states with more protections in place for abortion saw little to no uptick in women’s voter registrations.

Statewide, female voters under the age of 25 have seen the most significant jump.

In all other age brackets, women voters continued to outnumber their male counterparts.

In every U.S. presidential election dating back to 1984, women reported having turned out to vote at slightly higher rates than men, according to a new analysis of Census Bureau data by a Pew Research Center survey.

White women have been more likely than White men to identify as Democrats over the past several decades, though the gender gap has grown over time.