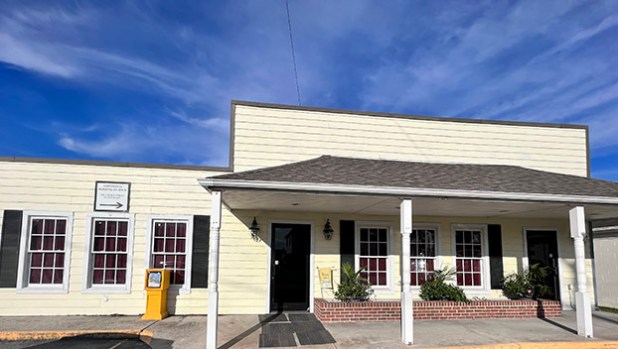 While it may still look like Mildred’s Meal, the interior has been revamped for the Prince of Peace Church. 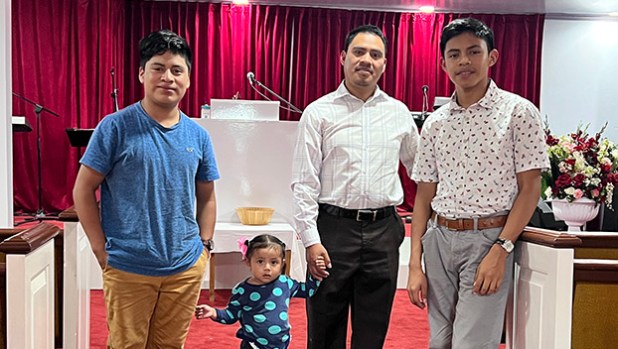 KENBRIDGE – A building with a long history of serving up warm meals is now serving up the Lord on Sunday mornings.

Earlier this year, Mildred’s Meals in Kenbridge closed its doors for a final time leaving behind a legacy spanning back to the 1960s when Mildred Carter bought the restaurant and changed the name to Mildred’s Meals.

Over the years, the restaurant became widely known as a place for good home cooking and a place to meet with friends.

Today, friends are still meeting in the building but joining together to worship since the building was purchased by the Prince of Peace Church.

On July 16, the Prince of Peace Church held its first service in its new Kenbridge home.

According to Pastor Ancelmo Ramirez it took two years of planning and saving to purchase the building.

Before that, services were held adjacent to Milreads in a space the church rented for seven years.

“We can do so much more here in this building now that we own a place, “ Pastor Ramirez said.

Pastor Ramirez and his wife wanted to do something special to keep the memory of Milread and the building alive, so when their fourth child was born a month ago, they named her Mildred.

“We liked the name, and we didn’t want people to forget about Milread,” Ramirez said.

The history of Milread Meals is a long one.

“A picture of Mildred hung in the restaurant for as long as I can remember,” said Lunenburg Board of Supervisors member Mike Hankins.” If you needed to talk with someone in the community, you would know if they would be at Mildred’s for breakfast, lunch, or dinner.”

Hankins said it became the hot place to carry out business deals and talk about things happening in the county and even the country,

“Topics included everything from what the Board of supervisors should be doing in Lunenburg to what the President should do,” Hankins said. “Farming, local business, the weather, and hunting and fishing were all covered at the back table at Mildred’s.’

Hankins recalled a story of how Mildred’s became a place to go in Kenbridge for anyone running for office starting back around 2007.

“At the time, Tom Parillo was the Congressman in the 5th District and had met with him at his office in Washington,” Hankins recalls. “The purpose of the meeting was to talk about healthcare. The only thing we agreed on 100% was that Mildred’s had the best Brown Sugar Pie we both had ever tasted. When Robert Hurt ran against him for Congress, I met with Robert at Mildred’s. He also agreed that the Brown Sugar Pie was the best he had ever had. He purchased a whole pie to take home with him. I told Robert Hurt that Tom Parillo and I had talked and could only agree on the Brown Sugar Pie. Later at a Congressional Debate, Robert Hurt stated that he agreed with Parillo on the Brown Sugar Pie and that was the only thing. After the debate, Mildred’s came to go to a place in Lunenburg County for everyone running for office.”

Now working to make a history of their own in the former restaurant building, Pastor Ramirez and the congregation have removed all remains of what made up the restaurant and replaced it with pews and a pulpit.

One thing the church is looking to add is a full kitchen so that it can better serve the community and its members during church events.

“Right now, we are saving for that and taking donations to make that a reality. Ramirez said.