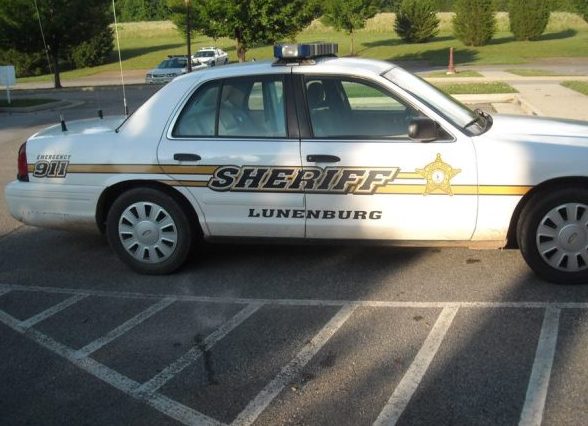 Photo by Jamie C. Ruff The Lunenburg County Sheriff’s Office is putting off the hiring of a deputy for one year so that the funds can go toward the purchase of police cars.

One person was injured in a shooting that happened Friday, Nov. 18 on Busy Lane. Now the Virginia State Police has come in to assist on the investigation, asking that the public share anything they know.

According to Virginia State Police Public Relations Director Corinne Geller, the Lunenburg County Sheriff’s Office received a 911 call about 7:45 p.m. on Friday, from a residence on Busy Lane. Both deputies and emergency personnel went to the location and found a 54-year-old man outside his home, suffering from a gunshot wound.

Geller said that state police are now searching for two individuals believed to be responsible for the shooting, as they were seen running from the scene. However, Geller couldn’t provide names of the suspects or descriptions.

“No descriptions of the two individuals are available,” she added.

One thing she was quick to say is that this is being investigated as a separate case from the Nov. 11 homicide in Lunenburg County.

“At this stage of the investigation, the (Busy Lane) shooting appears to have been an isolated and targeted incident,” Geller said.

Geller also provided an update on the Seay Way homicide. She said the Office of the Chief Medical Examiner in Richmond is still working on the case, as they have not yet officially confirmed the identity of the victim.

On Friday, Nov. 11, sheriff’s deputies were alerted to a shallow grave, discovered in the 200 block of Seay Way in Lunenburg County. The deputies found human remains in the grave and sent the body to the medical examiner’s office.

According to the AWARE Foundation, the body is believed to be that of 17-year-old Cion ‘CC” Carroll, based on evidence at the scene. Carroll was reported missing on Nov. 2, around 10 p.m., from his residence near Poorhouse Road in Kenbridge.

“His phone was last pinged at a location of a home belonging to a registered sex offender,” the AWARE Foundation said in a statement. “After that ping, his phone went dead.”

The Roanoke-based AWARE Foundation helps families find missing loved ones, especially children and teens. The group partners with law enforcement agencies to make that happen, assisting in cases like this one.

Anyone with information regarding either the Nov. 18 Busy Lane shooting or the Nov. 11 homicide is asked to call law enforcement by dialing 911 or the Virginia State Police at 434-352-3478. You can also email tips to questions@vsp.virginia.gov.