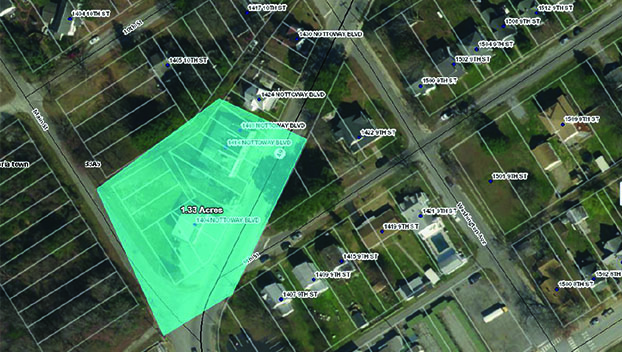 The Town of Victoria is proposing to add 1.33 acres to its enterprise zone.

The Town of Victoria is proposing to expand its Enterprise Zone to add an additional 1.33 acres to the town’s existing zone.

According to the Town of Victoria officials, The proposed additional area is located in the area bordered by Main Street and Nottoway Boulevard.

The Virginia Enterprise Zone (VEZ) program is a partnership between state and local governments to promote economic development through job creation and real property investment. Enterprise zones can leverage private sector investment in targeted areas throughout Virginia when used in conjunction with other local, state, and federal programs. There are currently 45 designated Enterprise Zones in the Commonwealth.

VEZ accomplishes this by designating Enterprise Zones throughout the state and providing two grant-based incentives, the Job Creation Grant (JCG) and the Real Property Investment Grant (RPIG), to qualified investors and job creators within those zones, while the locality provides local incentives.

Brian Ball, secretary of commerce and trade, stated that the program attracts many investments to Virginia’s localities. “In the last five years, firms receiving VEZ incentives in the 15 renewed zones created 354 net new jobs and invested over $63 million in real estate improvements, and there is more investment to come with the renewal of the zones,” said Ball.

The Town of Victoria and the Town of Kenbridge and Lunenburg County have areas in and around the towns designated as enterprise zones.

Real Property Investment Grant (RPIG) awards up to 20 percent of the total amount of qualified real property investments made to a building or facility, not to exceed $100,000 within a five-consecutive-year period for investments of less than $5 million.

For new construction projects, a zone investor must spend at least $500,000 to qualify for the grant.

Job Creation Grant (JCG) awards up to $500 per year for each net new, permanent full-time position created above a four-position threshold earning at least 175 percent of the federal minimum wage ($12.69/ hour) with offered health benefits.

Positions earning at least 200 percent of the federal minimum wage ($14.50/hour) with offered health benefits are eligible for a grant of $800 per year for each qualified position over the threshold.

Eligible firms can receive grants for up to 350 positions per year for a period of five years. According to the VEZ program, retail, food and beverage, and personal service positions are not eligible for the JCG.

As part of Victoria’s proposed expansion zone, the Victoria Town Council will hold a public hearing on Tuesday, Dec. 13, at 7 p.m. at the Victoria Municipal Building.