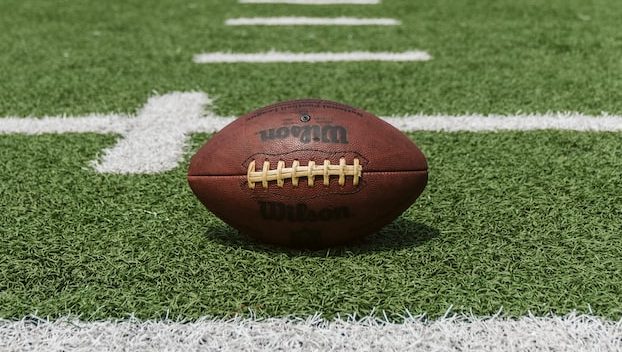 VICTORIA – At some point, it had to end. Coach Will Thomas knew that. Up until Nov. 24, his team had beaten all challengers. But the Central Lunenburg Chargers fell just one weekend short of extending their season into a fifth month as they were ousted from the playoffs in the Region 1B Championship by Riverheads, 42-13.

Riverheads rolled up 380 yards rushing with 169 of them and two touchdowns coming from bruising junior running back Cayden Cook- Cash, the Shenandoah District Offensive Player of the Year.

“We had a good year, but they’re at a different level. Riverheads is very good at what they do. They ran it down our throats. They know their assignments and they have tough kids,” Thomas remarked after his team wrapped up the season at 11-1 overall.

“We fought, got on two fumbles. You think you’re in it and then triple C runs off a 50-yard run and you’re down 21-0. The problem was we couldn’t move the ball consistently. We were constantly in third-and-long, punting on our own 20, which would give it to them at midfield and a short field.”

Nicknamed the Gladiators, Riverheads has now won 27 straight playoff games. Only one in that stretch came by single-digits, back in 2017 against Essex, their next opponent in the state semifinals.

‘Everybody underestimates that defense’

While Lunenburg found itself down 42-0 entering the fourth period, a large reason was because of the Gladiators bottling up their attack, which ended the regular season averaging 43 points and 336 yards rushing per game.

Both of the Chargers touchdowns came in the fourth quarter courtesy of run plays: a 35-yard run from Bam Jones and 11-yard run by K.J. Watson.

“Don’t get me wrong, their offense is phenomenal. But I think everybody underestimates that defense. We were fighting for every yard against them,” Thomas said of a team that now sits two wins away from a VHSL record seventh consecutive State Championship.

As Riverheads stays in Region 2B next year, Lunenburg jumps up to Region 2A. A new classification and region will present its own set of challenges, but most of all their postseason path becomes different since no longer will run into a squad that has eliminated them three times since 2015.

What will stick out most about the 2022 edition of the Central Lunenburg Chargers? The camaraderie and how they grew to overcome obstacles from the start to accomplish some significant goals.

“The kids, especially the seniors, worked together so well. They’re friends, do a lot of things together, so that was awesome. There was no jealousy. Most of them had played together since they were sophomores because they got introduced during that spring season. Since there was no JV, they played varsity together since sophomores,” Thomas noted.

“We’ve got a good group of juniors that will be seniors who started as freshmen. It was fun. We’ve been through quite a bit with COVID, the spring season and piecing everything together. It’s the first district championship in a long time, undefeated in the regular season since ’95 and they mean a lot. They’re a good group of kids that you hate to see them go.”