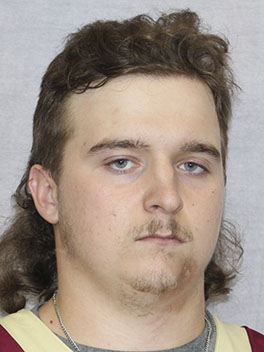 The Bridgewater College football team saw three of its student-athletes named to the College Sports Communicators (CSC) Academic All-District team, which was released by the national organization on Tuesday, Nov. 23.

That included Crewe native and Bridgewater senior Gerald Eddy, along with sophomores Jack Hendren and Noah Hines. All three earned the academic accolade and will now qualify for voting to become a CSC Academic All-American.

Eddy boasts a 3.84 cumulative grade point average (GPA) while majoring in health and exercise science. He appeared in a majority of games this season as a member of one of the best special teams units in the country.

Hendren, hailing from Winchester, holds a 3.77 GPA in computer science and business administration. The sophomore was named First Team All-ODAC following another successful season as the team’s placekicker.

A Garner, North Carolina, native, Hines stepped into an every-day starter role for the Eagle defense after not appearing in a game last season. He earned ODAC Defensive Player of the Week honors after Week 1, and ended the season tied for the team lead with nine pass breakups. Majoring in health and exercise science, Hines boasts a 3.90 GPA.

CSC Academic All-Amerians are voted on by dues-paying members of the College Sports Communicators (formerly CoSIDA) and will be unveiled on Dec. 20 at noon.