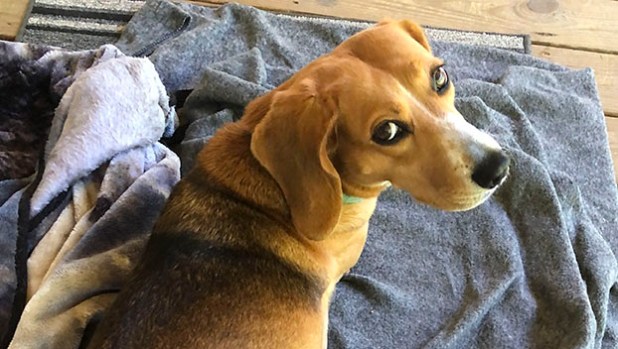 A look at Katherine Cobb’s dog Weeza, the inspiration behind her latest book. 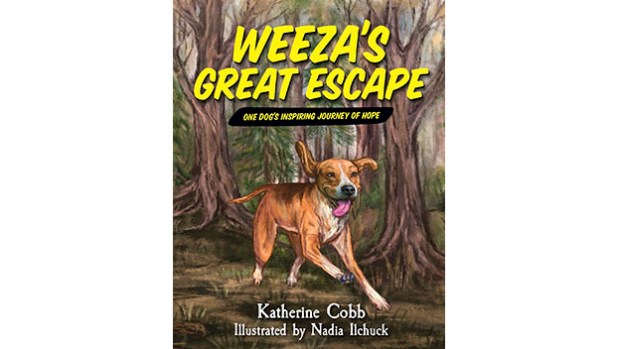 A look at the cover to Weeza’s Great Adventure. 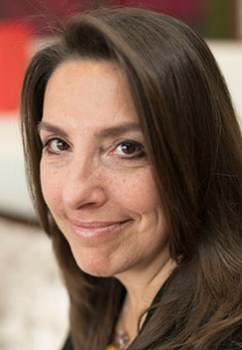 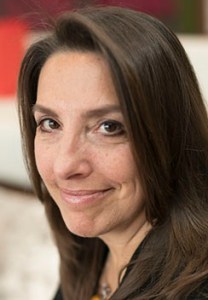 The first time Katherine Cobb’s writing showed up in Prince Edward County, it was 2009. One of her short stories was published in “The Anthology of Appalachian Writers”, produced each year by Shepherd University. Since then, the former newspaper editorial writer, who now calls Keysville home, has written six books of her own. Two of those made Amazon’s bestseller’s list, with another cracking their Top 100 listing. Now, as she releases her first children’s book, Cobb looks back over how things got started.

Cobb is no newbie when it comes to passion for the written word. Writing bubbled up inside of her from a young age, and in junior high school, she decided it was time to put pen to paper and write short stories. Over the years, her writing popped up in family newsletters or personal projects, until she answered a help wanted ad for a paper in Martinsburg, West Virginia.

“I answered the local newspaper’s ad to become one of their community columnists and was selected,” Cobb said. “ For one precious year, I wrote an editorial column once a month. Nothing had ever felt so comfortable, or enjoyable, or right. After that, I became a regular feature writer and freelance contributor, and later, a regular columnist.”

Her column, “It Is What It Is” won first place for Best Lifestyle Column by the West Virginia Press Association in her first year. That led back to Virginia and this region, as Cobb became a regular writer for a number of magazines and newspapers.

But after a while, she started going back to the short stories she used to write. One of them ended up in the 2009 Anthology of Appalachian Writers, as we mentioned earlier. But it was after that she decided to try her hand at writing full-fledged books. Her first book, Falling, was picked up by a publishing company and became a bestseller on Amazon.

“I’ve always been a realist,” Cobb said. “Everything I write contains a spark of a real-life experience. Even when I was a columnist, I wrote slice-of-life pieces. Life contains the basis of all themes.”

When it comes to setting timelines for a project, Cobb doesn’t.

“I don’t give myself any time frame. My first novel required at least three rewrites,” she said. “The second book I wrote took about 3-4 months to finish, so it went a lot quicker. It’s the editing that takes a long time.”

To date, Cobb has various published works – that includes two novels, four non-fiction books, and her newest work, Weeza’s Great Escape – a children’s picture book based on the true story of one courageous dog with a lot of heart. Additionally, she has written and published one novella to date.

After moving to Keysville 4 years ago, Cobb and her husband noticed random dogs appearing around and on their property every year during hunting season. After asking around and finding some answers, it was revealed that many hunting dogs who didn’t perform as desired would be abandoned in the wilderness, left to fend for themselves. Some weren’t so lucky and would meet the fate of death by the hands of those who were supposed to protect them.

In the cold, winter month of January 3 years ago, an abandoned or possibly escaped hunting dog who looked emaciated and abused appeared on the Cobb’s property. The dog was very anxious and afraid. Eventually, Weeza, as Cobb’s husband named her, began to form trust with the couple. It wasn’t long before the couple convinced Weeza to take treats and to come and sleep on their covered porch.

“She clearly is not a good hunter!” laughed Cobb, detailing how whenever Weeza would see a deer, she would run. “It was easy to see where she may have come from. She was clearly abused by her owner and possibly other dogs.”

When Cobb started talking about Weeza’s story on social media in 2020, many people began to react with emotions of love and happiness, and really resonated with this tale of the underdog.

One man who saw Weeza’s story stated his son was battling cancer and they very much looked forward to checking in to see updates about Weeza every day. Others really appreciated the story as it was during a time of quarantine at home for many, and Weeza provided a sense of normalcy and happiness to so many who simply felt alone.

As her first children’s book, Cobb tested the waters by starting it as a Kickstarter project. After selling several hundred copies that way, she officially published Weeza’s Great Adventure, as somewhat of a self-publishing adventure for herself. Now you can find the book here in Farmville at Southern and Wild.

FUTURE WORKS IN THE PIPELINE

Currently, Cobb has two projects in process. The first is entitled The Marriage Project, a social-based experiment detailing the difficult things nobody ever tells couples before they get married. The Marriage Project will contain recorded answers to questions posed to various married couples which detail the raw reality and difficulties found in marriage. Cobb would love for anyone interested in being a part of the project to visit her website, KatherineCobb.com, where they can request the questions to provide answers to weave into the book.

The second work in Cobb’s current lineup is Little Wife Lies – a book about a romance on fire that winds up going terribly wrong. Additionally, Cobb has plotted out her next novel, which is set to be a feel-good second chance romance. The release date will be sometime within the first quarter of the year.

When asked if Cobb has a favorite work, the writer found it difficult to respond with a singular favorite.

“I think every book is special for its own reason. I’m called to do what I do. There’s a reason why I put it into the world. I didn’t make it easy on myself. I’ve gone all over the place with my genres. My through line really is about our shared humanity. I think that brings us closer together. I think people are fascinating. More than the story, the characters matter.”

Cobb had practical advice for new writers who desire to publish a book of their own. “They always tell you to start somewhere. It’s a big, complicated world out there. You can self-publish. You can do it quickly. You can do it badly. Understand your own expectations. If you really want to write, just get started somewhere.”