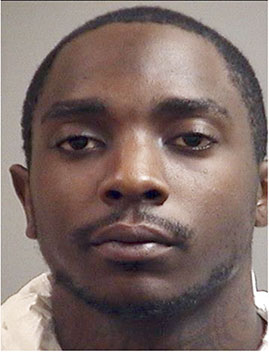 A Lunenburg man was in court last week facing first-degree murder charges in the slaying of Marjureka White-Jennings.

According to court documents, a jury trial began in Lunenburg County Court on Monday, Dec. 5, in the case against Thomas Mantez who was charged with the December 2019 murder of his girlfriend.

Authorities found White-Jennings lying in blood on the floor with multiple stab wounds the night of Tuesday, Dec. 31, at her residence on Lunenburg County Road.

The woman’s 28-year-old boyfriend, Thomas Mantez III, was arrested at the scene and charged with Assault and Battery of a Family Member for an offense that allegedly occurred the night before.

As of press time on Tuesday, Dec. 13, the court system documents have not updated the outcome of Mantez’s trial.