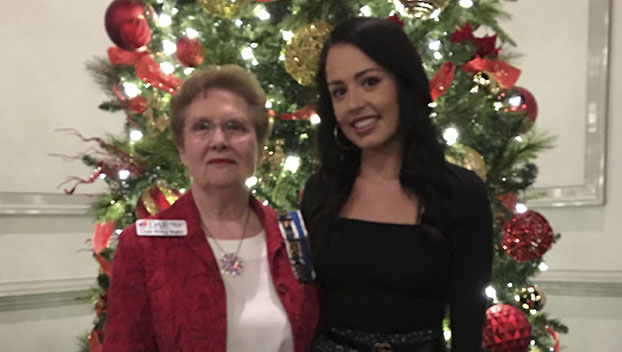 Noblin, the daughter of Mr. and Mrs. William “Billy” Coleburn, grew up in Blackstone, where her father and grandfather have both been editor of the weekly newspaper, the Courier Record.

While attending the University of Virginia, Caroline did an internship with WTVR TV 6 News. Following her graduation, she initially worked at WIS TV in Columbia, South Carolina, before returning to Richmond in 2021 to take a full time position with WTVR, where she appears on the morning broadcast.

Noblin handles a variety of reporting assignments in Richmond, where she lives with her husband, Shaun Noblin. Occasionally, she has the opportunity to cover topics related to her native Southside Virginia, which she does with special insight and heart. Most recently, because of her graduation from the University of Virginia, she was called upon to go to Charlottesville to cover the ongoing story of the tragic shooting of three university students who were members of the school’s football team.

During her discussion at the DAR luncheon, Noblin gave the group an interesting glimpse into her job of presenting the area news.