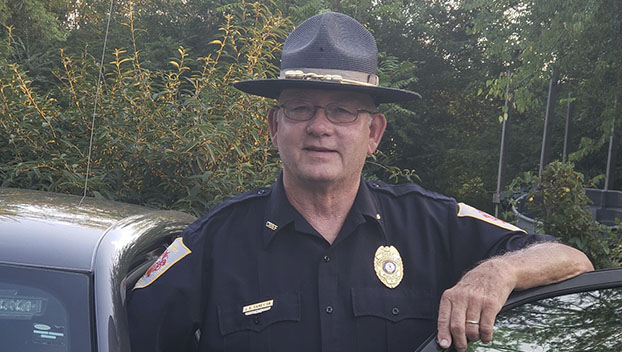 A Wylliesburg resident and former member of the Charlotte County Board of Supervisors was killed Friday after a traffic accident. According to officials with the Virginia State Police, 66-year-old Brodnax Police Chief Joe Carey had pulled off to the right side of the road in the 200 block of Piney Pond Road.

Carey was going “to recover the remains of an animal that had been struck in the roadway,” said Virginia State Police Public Relations Director Corinne Geller. “As Carey was returning to the side of the highway, an eastbound Ford F-150 pickup was unable to avoid striking the chief.”

Geller said that Carey had been driving his police vehicle and at the time, the vehicle’s lights were activated.

The adult male driver of the pickup truck was not injured. Carey, meanwhile, was taken to Community Memorial Hospital in South Hill, where he later passed away.

“This evening, the Town of Brodnax lost a dedicated member of our community,” said Brodnax Mayor Don Dugger. “Highly regarded for his public safety professionalism and experience, Joe was a genuine friend to so many of us. He truly loved his job and worked hard to make a difference while protecting and serving our town.”

Joe Carey is survived by his wife, four sons, a daughter and several grandchildren. Mayor Dugger asked that people keep Carey’s family and colleagues with the Mecklenburg County Sheriff’s Office in their thoughts and prayers during this difficult time.

Geller added that alcohol was not a factor in the crash, which remains under investigation.