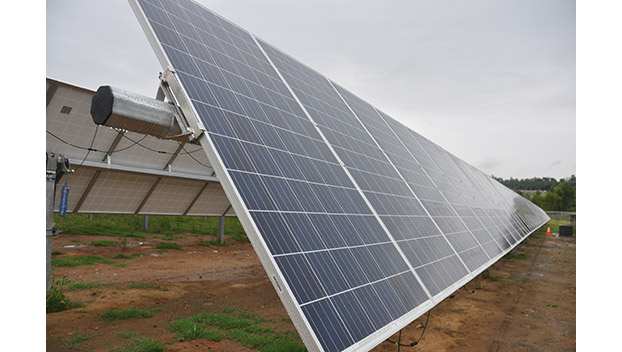 Developers of a solar facility destined for Lunenburg County had hopes of gaining the consent to transfer its project to another buyer but have been met with disapproval by the county Board of Supervisors (BOS).

During the December BOS meeting, officials with Apex Clean Energy addressed the BOS seeking a vote of the consent of its intent to sell the project to Dimension Renewable Energy.

In August, the Board unanimously approved the issuance of the CUP and approval of the Siting Agreement for the Dogwood Lane Project. The project is set to be a 4-megawatt medium-scale solar facility located on Dogwood Lane just outside Kenbridge.

According to county documents, the Board’s consent is required for the sale or transfer of the Project or the ownership of the Developer.

During that meeting, the BOS was made aware that Apex and Dimension had been discussing a possible project purchase for several months.

“Why wasn’t the board notified of this,” said Supervisor Alvester Edmunds. “You could have come to us then. We need to know more about Dimension before doing this.”

Supervisor Zava agreed to say he was not in favor of the contest at the time. “I’m sure a brochure about Dimension paints a pretty picture, but we need more information,” Zava said.

Apex representatives reminded the BOS that under the Siting Agreement and CUP conditions, the Board shall not unreasonably withhold, condition, or delay consent without good cause.

Mcgee said he could not answer that but could get the information.

It was then that Supervisor Mike Hankins spoke to say, “the information is just not there,” and recommended that a Dimension representative meet with the solar committee to learn more about the company.

As both Apex and  Dimension representatives continued to push for consent approval, Supervisor Wayne Hoover spoke up.

“Honestly, I’m ticked off at this,” Hoover said. “You worked on this for months from May until December, and you want a decision from us in 10 minutes?” “I support this (solar), but I’m not going to vote for a company when I don’t know anything about them. We are not against this … but we need to be informed.”

Ultimately, the BOS decided to table the decision on the consent until its January meeting, when more information could be learned about Dimension.