Berry working to be part of Senate change 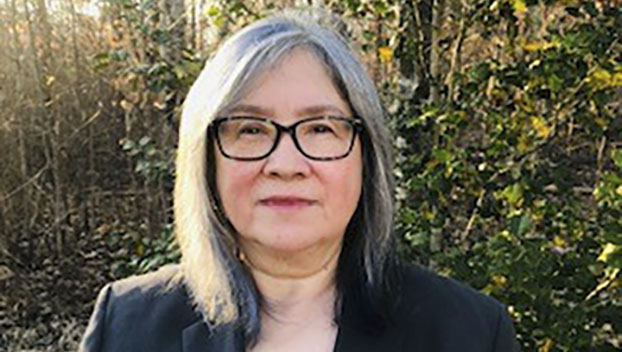 Since 2017, Jennifer McClellan has served as the state senator for Virginia’s 9th district. During that time, the district included Charles City County, along with parts of Hanover County, Henrico County and the city of Richmond. But that was before redistricting. The 2023 elections are the first under Virginia’s newly redrawn maps and now, the district has shifted to parts of Central and Southside.

That includes Charlotte County, Halifax, Lunenburg, Mecklenburg, Nottoway and Pittsylvania counties, along with part of Prince Edward County and the city of Danville. And a relocated district means new candidates running for the seat. One of them announced her campaign on Thursday, Dec. 22.

This is not Berry’s first attempt at public office. Berry ran for a delegate seat in the past.

“I chose to run for state office again, although for senator this time rather than delegate, to continue to address how legislation, or the lack thereof, allows inequality and injustice to persist, to bring rural voices to the General Assembly to protect the interests and livelihoods of rural Virginians, and to work to codify human rights protections,” Berry said in an interview earlier this week.

According to Berry, legislative change is necessary to lift people out of poverty and ensure their health and well-being. “Real change will come about only when we replace long-term incumbents with new leaders who will bring a new perspective and outlook to legislating,” Berry said. “I will place emphasis on legislation that benefits people over politics and corporations and does no harm to people or the environment. as a Senator; I can work to protect our human rights and improve the economy of rural Virginia by legislating for equality and justice for all.”

Berry said everyone should feel they are and be treated equally in the criminal justice system. “Justice must be given without regard to religion, race, ethnicity, sex, or gender identity,” she added.

WHAT DO WE KNOW ABOUT TRUDY BERRY?

Berry was born and raised in Michigan. She enlisted in the U.S. Air Force after high school graduation, serving from 1974 to 1978 as a Legal Services Specialist. She received a B.S. in Sociology with a concentration in Criminal Justice from Longwood University. She also has a and a Certificate in Social Policy Administration from the university.

She may have been born in Michigan, but Berry has lived in a number of states.

“Michigan is my home state, but I also lived in California, Hawaii, Maryland, New York, Virginia, and the Philippines,” Berry said.

Since 1998 Berry has called Lunenburg County her home.

She and any other Democratic candidate will face a challenge, as the redrawn district has flipped. The current District 9 is considered the most heavily Democratic leaning district in Virginia. The new version, which takes effect after next November, is labeled as heavily Republican. This is due to the shift in which counties are represented. The next election will be held Nov. 7, 2023.