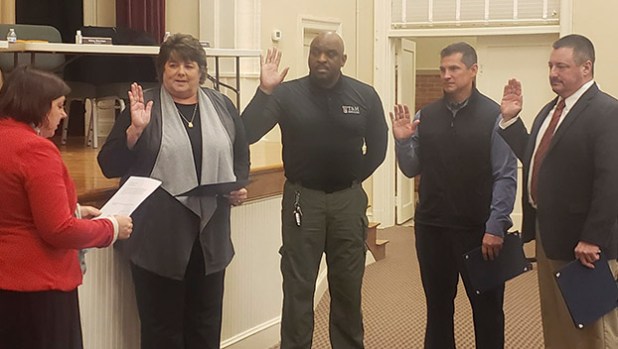 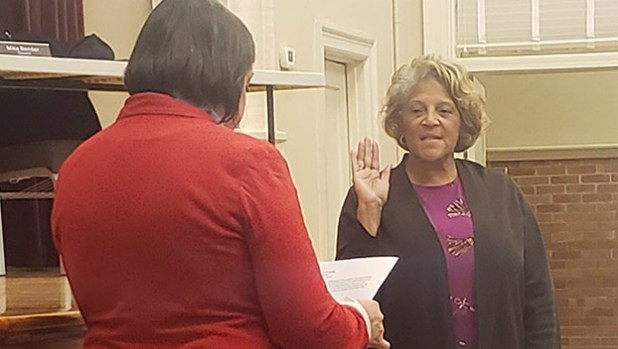 After serving two years as vice mayor, Wanda Morrison took her oath of office and became the first woman of color to serve as Kenbridge Mayor on Jan. 1.

Morrison ran unopposed in the November election and filled the seat formerly held by Ken Blackburn, who chose not to seek reelection.

“I want to continue the vision that previous Mayors and community leaders had and still have for the Town of Kenbridge,” Morrison said in an interview last fall. “My goal is to continue advancing community cohesiveness and promoting civic awareness in our town.”

Jobs is another focus Morrison said she would like to see for the town. “I would love to see more jobs and businesses in Kenbridge as it was when I grew up here,” she said.

IT TAKES A VILLAGE

However, it takes more than the mayor to accomplish these goals and create growth in any town, said Morrison.

“I am sure you have heard, ‘It takes a village to raise a child.’ The same is true when creating growth and a place where people want to work and live. It takes every person in the town and community working together to create a robust town so we can continue moving forward,” Morrison said.

In addition to Morrison being sworn in to take office on Jan.1, were council members Mike Bender, David Haywood, Doug Aubel and Dawn Moody.

“We would like to thank Mayor Ken Blackburn and Council Members Mike McGrath and Cathy Gilley for their years serving the Town and wish them well in their retirement from Town Council,” said Kenbridge Town Manager Tony Matthews.