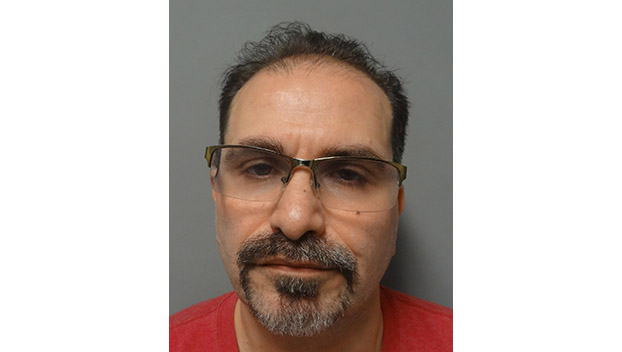 A former Lunenburg County resident and business owner will serve three years in jail. Giosafat Cataldo, of Franklin, was sentenced to 36 months in jail Thursday, Jan. 5, in Southampton Circuit Court after pleading guilty in August to four misdemeanors, including three counts of contributing to the delinquency of a minor.

According to the Virginia Judiciary’s Online Case Information System 2.0, Cataldo received 12 months each for two of the contributing to delinquency counts, and six months for a third instance of the same count. He also received six months for a count of sexual battery.

His attorney, Jack T. Randall, said that Cataldo is not required to become part of the sex offender registry in this case.

A Feb. 12 Southampton County Sheriff’s Office press release stated that in January 2022, a juvenile female reported some alleged criminal activity to the sheriff’s office that had occurred between October 2021 and January 2022.

The release noted that after detectives investigated the report further, warrants were obtained for multiple charges. Cataldo, 51, was arrested on a charge of forcible sodomy, three charges of sexual battery and five charges of contributing to the delinquency of a minor involving sexual acts.

Randall stated in an Aug. 9 interview that the commonwealth nolle prossed — made formal notice of abandonment of — five charges against Cataldo, including three felonies and two misdemeanors. These abandoned charges included forcible sodomy, which is a felony, and multiple complaints of sexual battery.

“Then he pled to four misdemeanors, and that carries a max of 12 months,” Randall said.

Randall confirmed that the four misdemeanors included one count of sexual battery and three counts of contributing to the delinquency of a minor.

“That’s the way it’s listed; (but) if you read the code section, it’s basically contributing to the delinquency of a minor — (Section) 18.2-371,” Randall said. “It’s known as the Contributing to Delinquency Statute.”