The commonwealth’s K-12 History and Social Science Standards of Learning (SOLs) could be changing for students.

On Thursday, Jan. 5, Superintendent of Public Instruction Jillian Balow released a 68-page draft revision that she says tells a more complete story about how the past has shaped the commonwealth, the nation and the world.

“These draft standards will build student understanding of the attributes, ideals and actions that have made America the world’s exemplar of freedom and opportunity,” Balow said. “At the same time, the standards are unflinching in their presentation of those times when Virginia and the nation failed to live up to our founding ideals.”

Lunenburg Public School Superintendent Charles M. Berkley Jr. said administrators need a clever picture of how the standards are charging. “A crosswalk should be created between the 2015, August 2022, and November 2022 Standards of Learning, and additional proposed versions that are presented to the VDOE, to have a clearer picture of how the standards are changing. This would benefit all parties involved.” Berkeley said.

The new draft includes input from more than 200 reviewers over the course of two years. It includes new content on events and historical figures the VDOE said were previously overlooked in the commonwealth’s history standards.

According to the draft, the new SOLs build students’ knowledge of their rights and responsibilities as citizens, the commonwealth and nation’s founding documents, and the separation of powers between the legislative, executive and judicial branches of state and national government.

“These draft standards are stronger because they reflect the contributions of subject-matter experts, thoughtful citizens, and a broad set of organizations across two administrations,” Secretary of Education Aimee Guidera said. “They better meet Governor Glenn Youngkin’s directive to teach all history — the good and the bad — and will prepare all of Virginia’s students to become informed and engaged citizens and members of our democracy, communities and economy.”

The VDOE will now work on developing detailed curriculum frameworks for each grade and course,” Balow said. “The frameworks used by teachers and division instructional staff to develop lesson plans and local curricula will include content from the framework documents presented last summer and will be ready for review by the Board of Education in August 2023.”

The SOLs are designed to raise the academic achievement of all students in Virginia by providing specific benchmarks for student success. 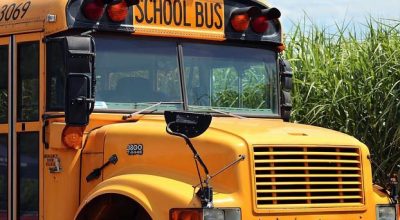