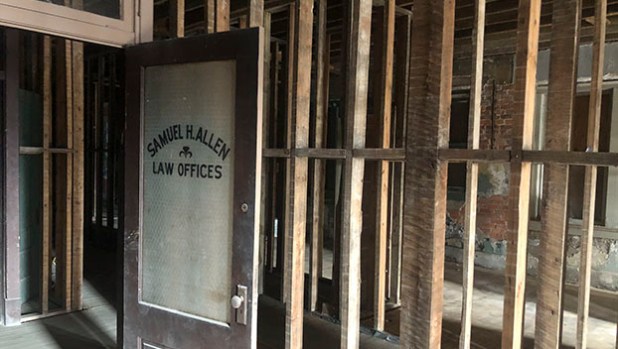 A look inside both of the Kenbridge properties being renovated, as part of the affordable housing project.

Vanessa and Lee Smyth pose in front of one of their buildings.

KENBRIDGE – It’s an issue we see both here locally and across the state. Based on a Dec. 2021 report by Virginia’s Joint Legislative and Audit Review Commission, 29% of households in the state struggle with housing costs. Nearly half of those spent more than 50% of their income on housing, both rental and owned. And as mentioned, it’s a problem here locally. The study found 67% of households struggling with housing costs either lived in this region or in Northern Virginia.

So what’s causing this problem? Housing prices keep rising. The median home sales price here in Virginia climbed 28% over the last five years, to $270,000 at the end of 2021. The key part is in the last three years alone, Virginia’s supply of “starter” homes, those usually more affordable to low-and-middle-income households, has dropped by 40%, according to the Virginia Realtors Association.

This is where Smyth Properties comes in. The Kenbridge-based operation, through a partnership with Virginia Housing, is working to address that.

A partnership with Virginia Housing

Created in 1972 by the Virginia General Assembly, the Virginia Housing Development Authority is a self-supporting nonprofit. Their goal is to help people get into affordable housing through a number of different programs. In July 2021, five months before the JLARC study came out, Virginia Housing launched a new type of program. Instead of working with individuals, they gave $40 million total to planning districts across the state. Each one received a specific amount and a deadline, when they needed to have construction finished.

The Commonwealth Regional Council (CRC), which includes Prince Edward,fordable housingBuckingham, Charlotte, Amelia and Lunenburg counties, received $2 million. That money was meant to build 20 homes, a project that needs to be finished by June 2024.

Smyth Properties, working with their sister company Broadstreet Lofts, will convert two buildings into one-bedroom apartments. The plan is to create homes that will be available in the middle of 2024, or even earlier if they can find ways to speed up production.

Spokesperson and property manager at Smyth, Vanessa Smyth, explained that they “bought two buildings (in Kenbridge) that will be used for apartments.”

Vanessa and her husband, Lee Smyth, will be the owners of the properties.

“We are the general contractors, subcontracting out the work,” Vanessa said, explaining their role. “So we are really involved in everything.”

Their work will involve renovating the upper floors of the two buildings to become one-bedroom apartments. Before the company took on ownership for the affordable housing development, the first building, 114 S. Broadstreet was an office supply shop. In that building, they plan to also add a fitness center for residents.

The other building now owned by Smyth, 120 S. Broadstreet, was an auto supply shop prior to being purchased.

The process takes time, but Vanessa explained they have now “completed demolition and are in the process of bidding out the project for renovations and improvements.” Soon they’ll be working on renovating plumbing, electricity, and other integral parts of the apartments. 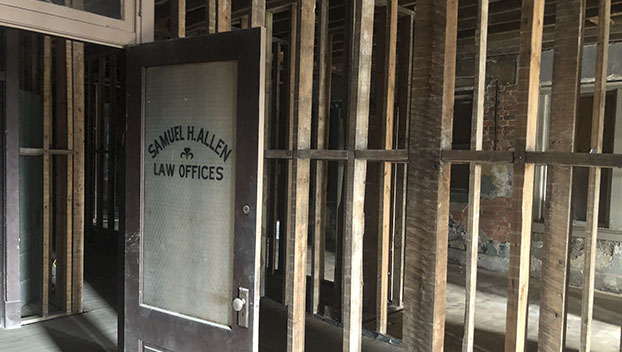 A look inside both of the Kenbridge properties being renovated, as part of the affordable housing project.

A plan for a better future

Vanessa said she’s seen the need for a project like this first-hand.

“Rental rates are skyrocketing due to the demand,” she said. “I feel like a lot of people, such as teachers or short-term contractors, have trouble finding houses that they can afford.”

While Smyth Properties has no immediate plans outside of their current project in Kenbridge, they hope to keep working on affordable housing projects in the future. In fact, a few years ago Smyth purchased what used to be a Budget Inn and turned it into multi-family housing at an affordable rate. They have housing for both small families and contract workers, like travel nurses.

“It’s just something we enjoy doing on the residential side of things,” Vanessa added.

She also wanted to make sure renters knew that they are “familiar with the fact that a lot of nurses and contractors in the area are looking for short-term leases… We are hoping to accommodate one or two apartments as fully furnished units that can be short-term.”

For every apartment, Smyth explained the goal is to make living spaces that are “modern, but still affordable for couples or employees in the area.”

Once the apartments in Kenbridge become available, interested renters can reach out directly to Smyth Properties.