Glenn Youngkin has made ending the tax on groceries a major pillar of his campaign, and for good reason. Not only is it good policy ... Read more

Opinion — Lockdowns not an option

The first results from Standards of Learning (SOL) tests in two years have been released, and they are disappointing. Said simply, the bottom fell out ... Read more

President Biden gave yet another disastrous press conference on Friday, Aug. 20 showing yet again how far out of touch with reality he is regarding ... Read more

As I write this, Special Session #2 for 2021 has just started, and it’s clear to me that Democrats plan to decide how to spend ... Read more

Opinion — No one objects to the teaching of American history

As the debate over Critical Race Theory (CRT) in schools becomes more widespread and more defined, supporters of the practice have begun to change their ... Read more 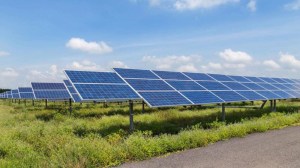 Democrats have been doing their dead level best to make electricity more expensive for Virginians. In 2020, they passed the Virginia Clean Economy Act, which ... Read more

OPINION — Virginia has a low rate of recidivism

Gov. Ralph Northam recently announced Virginia had maintained its consistently solid ranking as a low-recidivism state. Those who are incarcerated in Virginia return to prison ... Read more