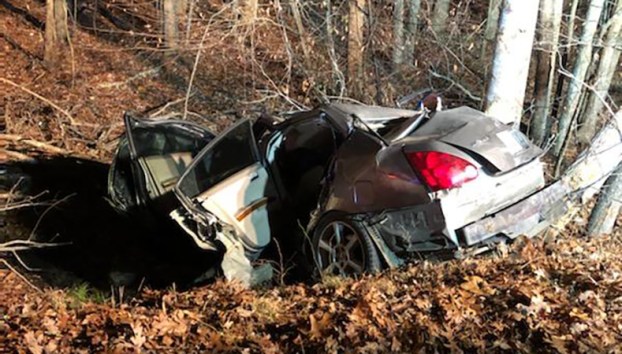 A single vehicle crash kills one and critically injures two during the early morning hours of Thursday, Dec. 26.

According to a press release from VSP Public Relations Coordinator Shelby Crouch the accident occurred at 4:01 a.m. Thursday, Dec. 26, “Virginia State Trooper M.S. Ezell responded to a single-vehicle crash in the 1300 block of Pleasant Oak Road in Lunenburg County.”

She further noted, “A 2004 Nissan Maxima was traveling west when it ran off the right side of the road. The Nissan came back across the road and slid off the left side and into the trees.

“The driver, a 25-year-old male, was transported to UVA Medical Center for treatment of life-threatening injuries. He was not wearing a seat belt.

“A passenger, Layvon Andrews, 23, of Kenbridge, died at the scene. She was not wearing a seat belt.

“A second passenger, a 23-year-old female, was transported to VCU Medical Center for treatment of life-threatening injuries. She was not wearing a seat belt and was ejected from the vehicle.”

The crash remains under investigation. Charges are pending.

More than 500 bags packed for seniors