A 14-year-old boy from Victoria is dead following a Wednesday afternoon single-vehicle crash in Mecklenburg County.

Virginia State Police responded to the crash on Route 660 (Old Cox Road) at 12:49 p.m. The location of the crash was two miles east of Route 47.

According to a press release from the Virginia State Police, a 2003 Chevrolet Avalanche ran off the right side of the road, struck an embankment and overturned.

The report says the 14-year-old male passenger from Victoria died at the scene.

Several other juveniles in the vehicle, including the 17-year-old female driver, were transported for treatment.

None of the victims of the accident were identified by the Virginia State Police. The crash remains under investigation. 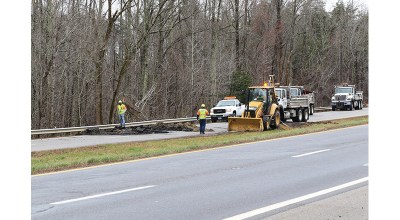 33% of Lunenburg residents have been vaccinated